“Considerable investment is needed to harness the potential of renewable energy and more efficient energy use to reduce carbon emissions and provide energy essential for economic growth. The European Investment Bank is committed to supporting long-term investment in sustainable energy around the world and enabling low-carbon energy investment in Central America. We have a strong track record of partnership with the Central American Bank for Economic Integration and look forward to continuing this cooperation to benefit investment in the region”, said European Investment Bank Vice President responsible for lending in Latin America Magdalena Álvarez Arza.

“As the principal source of multilateral funding in the region, and as the financial arm of the central american integration, we are most pleased with the expansion of our cooperation with EIB in the framework of our shared goal of promoting renewable energy and energy efficiency investments as drivers of sustainable and balanced growth in our beneficiary member countries”, said the Central American Bank for Economic Integration Executive President Dr. Nick Rischbieth.

The large-scale initiative will help reduce regional dependence on fossil fuel imports and diminish carbon emissions from energy production.  The new lending scheme will allow support for public and private sector investment in both renewable energy and energy efficiency projects. Eligible projects must comply with relevant environmental and social standards.

The new programme follows a similar initiative launched in 2011 between the European Investment Bank and the Central American Bank for Economic Integration. This successful scheme is supporting hydropower investment in Costa Rica.

Since the start of lending in Latin America the European Investment Bank has provided more than EUR 5.7 billion for long-term investment projects, including EUR 1.9 billion in the energy sector.

(Reprinted from materials provided by EIB) 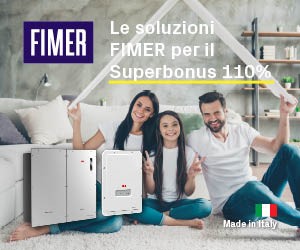