Most PopularNews
Strong growth for renewables expected through to 2030

Strong growth for renewables expected through to 2030

Improvements in cost-competitiveness means that renewables will account for between 69% and 74% of new power capacity added by 2030 worldwide, despite current difficult market conditions 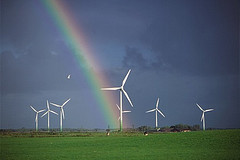 New research by analysts at Bloomberg New Energy Finance show that annual investment in new renewable power capacity is set to rise by anywhere from two and a half times to more than four and a half times between now and 2030. The likeliest scenario implies a jump of 230%, to $630bn per year by 2030, driven by further improvements in the cost-competitiveness of wind and solar technologies relative to fossil fuel alternatives, as well as an increase in the roll-out of non-intermittent clean energy sources like hydro, geothermal and biomass.

This is the message of new research published yesterday by Bloomberg New Energy Finance. BNEF’s predictions for world energy markets to 2030 come from its Global Energy and Emissions Model, which integrates all of the main determinants of the energy future, including economic prosperity, global and regional demand growth, the evolution of technology costs, likely developments in policies to combat climate change, and trends in fossil fuel markets. Together these form three scenarios: “New Normal”, “Barrier Busting” and “Traditional Territory”.

The New Normal scenario is considered the most likely. It shows the investment requirement for new clean energy assets in the year 2030 at $630bn (in nominal terms), more than three times the investment in the renewable energy capacity that was built in 2012. This 2030 investment figure is 35% higher than that produced in Bloomberg New Energy Finance’s last global forecast a year ago, and the projection for total installed renewable energy capacity by that date is 25% higher than in that previous forecast, at 3,500GW.

In the power sector, the research company’s latest forecasts project that 70% of new power generation capacity added between 2012 and 2030 will be from renewable technologies (including large hydro). Only 25% will be in the form of coal, gas or oil, the remaining being nuclear. The scenarios are based on Bloomberg New Energy Finance’s latest projections for coal and gas prices. For gas, these assume prices stabilise in real terms at $6, $9 and $11/MMBtu in the US, Europe and the Asia respectively. For comparison, the International Energy Agency’s New Policies scenario forecasts that 57% of power capacity added during this period will be from renewable resources (including large hydro).

Bloomberg New Energy Finance predicts that wind and solar will take up the largest shares of new power capacity added in terms of GW by 2030, accounting for 30% and 24% respectively. By 2030 renewable technologies will account for 50% of new power generation capacity installed around the world, up from 28% in 2012. In terms of power produced, the share of renewables will increase from 22% in 2012 to 37% in 2030.

The future under Bloomberg New Energy Finance’s other two scenarios look somewhat different, although in both cases, there will be further growth in renewable energy demand. Capital requirements for renewable energy could reach $880bn by 2030, under the Barrier Busting assumptions ($9.3 trillion cumulative from 2013). This would require an additional $2 trillion (22% increase) invested in supporting infrastructure such as long distance transmission systems, smart grids, storage and demand response. Under a more pessimistic view of the world, in the Traditional Territory scenario, renewable energy investment requirements are projected to be $470bn by 2030 ($6.1 trillion cumulative).

Guy Turner, head of economics and commodities for Bloomberg New Energy Finance, commented: “This is the first time we have produced such detailed analysis of the future world energy system under different scenarios. It highlights that, in spite of the recent news showing a downturn in clean energy investment since 2011, renewable technologies will form the anchor of new generating capacity additions, even under a less optimistic view of the world economy and policy choices.”

“The main driver for future growth of the renewable sector over this timeframe is a shift from policy support to falling costs and natural demand. Our work also highlights, however, the importance of planning for the integration of intermittent renewables into the grid and into power markets. This will require significant new investment in grid infrastructure, load management and storage technologies.”

Michael Liebreich, chief executive of Bloomberg New Energy Finance said: “The news right now is dominated by stories of pain caused by overcapacity on the supply side of clean energy, and the lure of cheap shale gas. But this is playing out against the falling costs of renewable energy and of all the technologies required to integrate it into our energy system, and falling costs win. What it suggests is that we are beyond the tipping point towards a cleaner energy future.”