Global investment in clean energy reached a new record of $260bn in 2011, up 5% on 2010 and almost five times the total of $53.6bn in 2004. Investment in solar far outstripped that in wind, and perhaps of most note, US clean energy investment moved back ahead of China for the first time since 2008, according to the latest authoritative data from analysis company Bloomberg New Energy Finance. Last year also saw the one trillionth dollar invested in clean energy globally since the company started compiling data in 2004.

The record investment figures for 2011 are particularly striking because they were achieved during a turbulent year for the world economy in general and for the clean energy sector in particular. The industry has suffered severe pressure on the profit margins of manufacturers, a sharp fall in share prices, some notable bankruptcies, cuts in European government subsidy support, and a reduction in the availability of bank finance.

Michael Liebreich, chief executive of Bloomberg New Energy Finance, said: “The performance of solar is even more remarkable when you consider that the price of photovoltaic modules fell by close to 50% during 2011, and now stands 75% lower than three years ago, in mid-2008. The cost of PV technology has fallen, but the volume of PV sold has increased by a much greater factor as it approached competitiveness with other sources of power.”

A second highlight was the performance of the US in 2011. In 2008, the US was by far the largest single country worldwide in terms of total investment in clean energy, but it was overtaken by China in 2009. China increased its lead in 2010. However in 2011, the US roared ahead once again, with total investment surging to $55.9bn, up 33%; China saw investment rise just 1% to $47.4bn.

Liebreich commented: “The news that the US jumped back into the lead in clean energy investment last year will reassure those who worried that it was falling behind other countries. However before anyone in Washington celebrates too much, the US figure was achieved thanks in large part to support initiatives such as the federal loan guarantee programme and a Treasury grant programme which have now expired. The country’s principal remaining support measure for renewable energy, the Production Tax Credit, is currently also scheduled to fall away at the end of 2012 unless it is extended. There may be a rush to get projects completed in 2012, followed by a slump in investment in 2013 if it expires.”

Europe as a whole saw clean energy investment rise 3% to $100.2bn, with the strongest features being solar installations – both large-scale and distributed – in Germany and Italy, and offshore wind financings in the North Sea. India led the table in terms of growth in investment with a jump of 52% to $10.3bn, while Brazil clocked up a respectable 15% increase to $8.2bn.

The largest single type of investment was the asset finance of utility-scale renewable energy projects. This increased from a revised $138.3bn in 2010, to $145.6bn in 2011. Among the big projects financed in the last quarter of the year were the 288MW Amrumbank West offshore wind farm off Germany for $1.3bn, the 272MW Seigneurie de Beaupre wind farm phases one and two in Canada for $756m, and the 92.5MW Hanas Ningxia Yanchi Gaoshawo solar thermal plant in China, for $354m.

The second-biggest category of investment last year was the finance of distributed renewable power technology, notably rooftop PV. This reached $73.8bn in 2011, up from $60.4bn in 2010 – with Italy and Germany the two countries playing the biggest role as sharply falling solar panel prices increased the returns offered by feed-in tariffs.

Several other categories of investment actually fell slightly during 2011. Corporate research and development in clean energy slipped to $13.2bn last year, from $15.3bn, and government research and development fell to $12.7bn from $16.2bn – due in large part to the fading effect of the “green stimulus” programmes announced by major economies after the 2008 financial crisis.

Public markets fund-raising fell from $14.2bn in 2010 to $11.9bn in 2011 in the face of a dismal performance by sector share prices. The WilderHill New Energy Global Innovation Index, or NEX, which tracks the performance of 97 clean energy shares worldwide, fell 40% in 2011, touching in early October its lowest level since 2003. The main reason for this share price retreat was severe pressure on wind and solar manufacturers, caused by falling prices, over-capacity, and competition from Asia. One of the biggest public markets equity raisings in the fourth quarter was a $215m initial public offering by Chinese solar company Sungrow Power. The market also displayed an enduring appetite for next-generation biofuel companies.

Venture capital and private equity investment saw a modest increase of 4% in 2011 to $8.9bn. Two of the largest deals of the fourth quarter were a $133m equity raising for US high-end plug-in hybrid vehicle manufacturer Fisker Automotive and a $130m round for US thin-film photovoltaic module maker Stion Corporation.

2011 was characterized by significant volatility in levels of activity, with big variations in the amount of investment in each quarter. The most buoyant period by far was the third quarter, when asset finance alone reached $47.8bn, helped by a rush of projects taking advantage of the US federal loan guarantee programme that expired at the end of September. In the following quarter, asset finance worldwide fell 28% to $34.3bn. This reflected a combination of the fact that the US loan guarantee was no longer available, and the impact of the euro area sovereign debt crisis on bank lending to renewable energy projects.

Liebreich commented: “Overall, 2011 was a far better year for the clean energy industry than the press coverage would lead one to believe. Remember that for every equipment company operating at thin or negative margins, there is an installer who is getting a good deal. 2012 looks like being another challenging year, with the European financial crisis continuing to fester, and the supply chain working its way out of some fearsome over-capacity. But rumours of the death of clean energy have been greatly exaggerated. We will be seeing a new generation of technology starting to hit the market, and we are expecting important announcements by some of the biggest energy and engineering companies in the world as they take advantage of current market conditions to establish themselves in the sector.”

The third-largest sector for investment in 2011 after solar and wind was energy-smart technologies, including smart grid, power storage, efficiency and advanced transport. This area saw total investment of $19.2bn, the bulk of it in corporate R&D and venture capital and private equity raisings. This was however down 17% on 2010 levels. 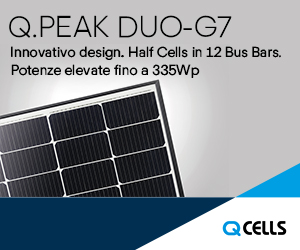 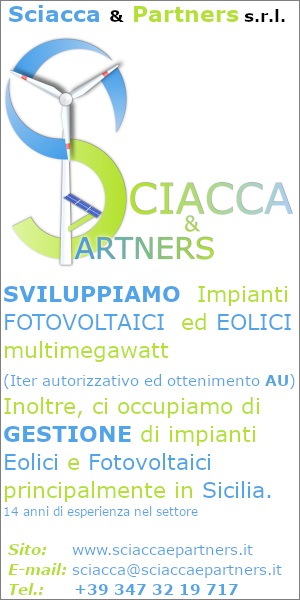